On the journey from Esperance to Hyden we stopped for a comfort break at the small town of Varley. Varley is probably like many other small towns in the Wheat Belt of WA. Agriculture has become more and more mechanised since the 1950s and has seen the demise of many small towns across Australia. This is the case in my home town of Trundle NSW. Many of the towns have had to revitalise themselves by various means.

There are three fences in Western Australia: the original No. 1 Fence crosses the state from north to south, No. 2 Fence is smaller and further west, and No. 3 Fence is smaller still and runs east–west. The fences took six years to build. When completed in 1907, the rabbit-proof fence (including all three fences) stretched 2,023 miles (3,256 km). The cost to build the fences at the time was about £167 per mile ($250/km). 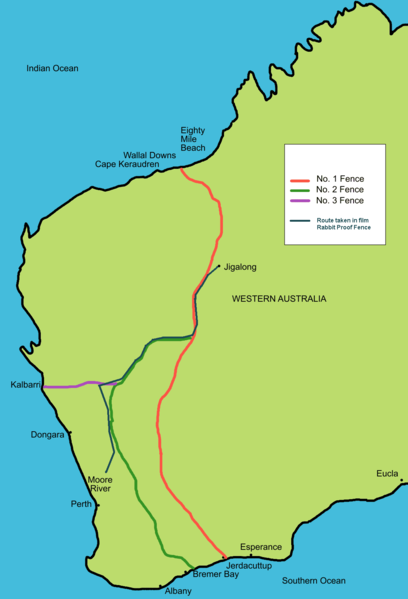