Exmouth to the West

Coffee is needed to start the day as normal then we setoff north out of town. This takes you up past the Harold E. Holt Naval Base and almost up to the VLF (Very Low Frequency) Antennas. You can just see them on the horizon in the photo below.

VLF Aerial Array on the horizon 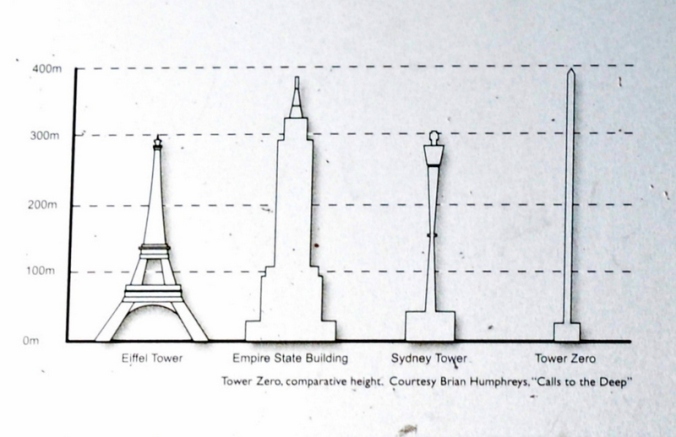 Plan of the Array superimposed on a map of Perth

The 13 towers that comprise the main VLF (Very Low Frequency) transmitter cover an area of 400 hectares (1000 acres). Tower Zero, in the centre, is 389 metres high and it sits on massive concrete foundations buried up to 17 metres deep. A total of 24,000 cubic metres of concrete were poured to support the towers, while the earthing grid buried beneath them involves 417 km of copper wire! This remarkable – still vital – communications station was renamed in 1968 in honour of the Australian Prime Minister Harold E. Holt, who disappeared while diving off Portsea Victoria in December 1967.

First stop was the beach access to view the wreck of the SS Mildura a Steam Ship laden with cattle from Wyndam to Fremantle when it was affected by a cyclone in 1907 and was wrecked off Vlaming Head. This resulted in the building of the Lighthouse on Vlaming Head shortly after. No lives were lost except for 800 odd head of cattle. The remains of the wreck can still be seen just off the shore.

We drove on past the lighthouse to the Juriabi Turtle Centre. This is set up to allow you access to the beach in the night to watch the turtles come ashore to lay their eggs and to see them hatch. It is unmanned but well setup with information and low level lighting for the night viewing. We were lucky enough to see several adult turtles swimming just off shore and lots of babies as well.

We continued on down the coast entering the Cape Range National Park and on to the visitor’s centre. You can purchase snorkels, masks and flippers here as further down the coast at Turquoise Bay you can snorkel amongst the coral. The sea is a wonderful colour and so clear.